The Crimson ProjeKCt – Live in Tokyo 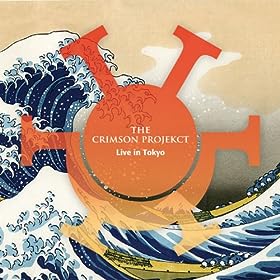 The Crimson ProjeKCT primarily focus on repertoire from the early 1980s through to the mid-90s. The band has a ”double trio” line-up, as made popular by Crimson between 1994-1997. LIVE IN TOKYO finds the band performing a solid 12-song set.